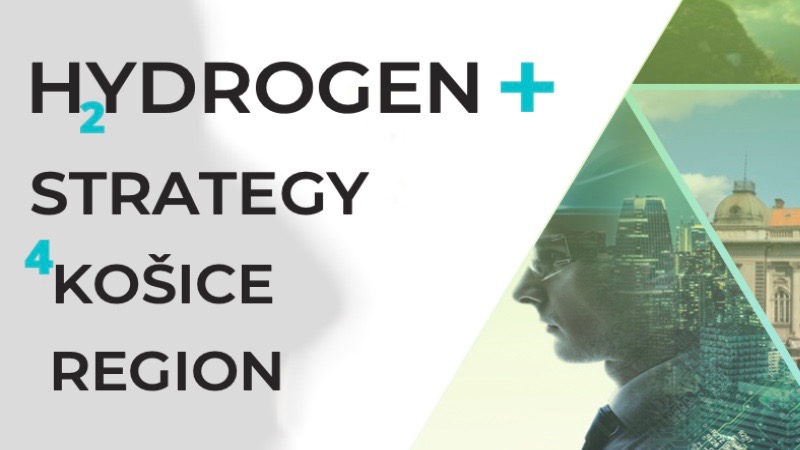 TUKE, UPJŠ and NVAS prepared a Hydrogen study for the Košice self-governing region supported by the JRC European Commission

In addition to batteries, hydrogen is another of the key renewable vectors, which is receiving considerable attention from the scientific, business, political and public communities in the world's leading economies. Europe as a region has unique advantages that put it at the forefront along with Japan, Korea, the US and China. Slovakia has not yet implemented an effective national program on hydrogen technologies. For this reason, a group of experts, with the support of the Joint Research Center, prepared a study to determine the potential of tailor-made hydrogen technologies for the Košice self-governing region (KSK). It is intended to help the EU achieve ambitious environmental goals. KSK, together with the universities of Košice and with the support of EU funds, would like to explore more deeply the possibilities and consequences of greater public and private investment in hydrogen as an alternative energy source, especially its potential for innovative applications, training of modern engineers and thus contributing to green business and employment hydrogen economy.

The aim of the study was to find out where hydrogen technologies can be deployed across industries from energy production, storage and transport, transport, modern steel, but also research and development, all hand in hand with educational challenges that would of course meet the highest safety criteria. The study also contains recommendations for action plans that can help the Košice self-governing region to adapt to the highly competitive environment in the decarbonisation economy in Europe and allow to set and determine political decisions in the future. History has shown that every advance in human society, from the first industrial revolution to the current Industry 4.0, has been linked to advances in energy use and rapid changes in technology. Only recently did we open a semester with one of the greatest inventors of Slovak history, who moved innovations in energy from a small country in the heart of Europe and later from ETH Zurich to the whole world. It was Albert Einstein's teacher, the humble Aurel Stodola, who began his studies in the Košice region. At present, with the massive digitization and intelligent IT solutions, the transformation of the company, the so-called Society 5.0. That is why we do not have to wait another decade in the Košice region to be able to implement hydrogen technologies in one step in the fight against climate change and at the same time innovate industry. We can act now with the existing options, and of course improve them. By using hydrogen technologies, we can transform the Košice region into a region with a higher quality of life for its inhabitants and thus benefit from the early period of energy transformation in the EU. The idea of ​​using hydrogen technologies in the storage or transport of energy is not new and many years of experience exist from space and military research. However, targeted research into hydrogen technologies in the EU outside these sectors did not begin until after 2000 and has intensified in recent years with improvements in fuel cell efficiency. Thanks to modern materials and technologies, the use of hydrogen technologies is becoming more and more realistic. In the past, industry, investors and policy makers in Slovakia have not been interested in the topic of hydrogen technologies, but this is changing rapidly after the announcement of funding for huge research initiatives. The Košice self-governing region may soon use hydrogen technologies and fuel cells on a small scale and in the near future should capture emerging opportunities that bring a long-term perspective. The only way to reap the benefits of these technologies for the public is to act in synchronism with industry partners, investors, universities, research institutes and policy makers as key players.

As we all know, in these times of the beginning of the "corona crisis" it will not be easy at all and the last sentences of the study were written at a time when massive pandemic prevention was applied in Slovakia and unprecedented historical losses occurred on the world stock market. We therefore hope that in these energetically and biologically unstable times, a renaissance will take place with the application of very innovative technologies, such as green hydrogen, because the world will not be the same as before. We firmly hope that intelligent solutions will improve the quality of life not only outside Slovakia.